Modern-day Turkish food which is largely inherited from the Ottomans, has successfully survived for over 700 years.

Turkish cuisine, which is regarded as one of the finest and richest in the world, has been enriched since the migration of the Turkic people from Central Asia to Anatolia in the 10th century.  The uniqueness of Turkish culinary culture is best understood as a totality of foods and beverages, which provide nutrition to the people living in Turkey, the ways of preparing, and preserving them, techniques, equipment and utensils required, eating manners and all the practices, which are developed around a lavish Turkish feast. Moreover, Turkey’s ideal geographical location straddling between Europe and Asia has also seasoned the uniqueness of Turkish flavours. 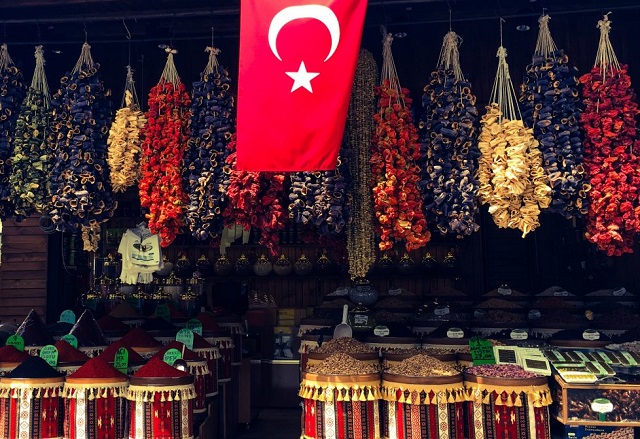 The Central Asian Turkish kitchen which wasfairly plain and limited in terms of menu, eventually led to fundamental changes as a result of migrations. The variety of products offered by the lands of Asia and Anatolia, interaction with different cultures over a long historical process, the new tastes developed in the place of kitchens of the Seljuk and Ottoman empires have all played a major part in shaping the new chapter of Turkish culinary culture.

Modern-day Turkish food which is largely inherited from the Ottomans, has successfully survived for over 700 years. During the Ottoman period, Turkish culinary culture was mainly structured with a balanced consumption of animal products and grains.These features from the Ottomans remain to influence the modern delights of Turkey.

Turkish cuisine is very well known for its diversity of flavours, which differ from one region to another. Each region of Turkey has its own kitchen culture, including distinct ingredients resulting authentic recipes. While vegetables, seafood and mezes are mainly consumed in the Aegean cuisine, different varieties of kebabsare preferred with a choice of spices in the South Eastern kitchen. The Northern region has its own special culinary culture with the famous hamsi/anchovy, cornflour and collard as main ingredients but not only. A wide range of desserts including the well know baklava and Turkish delight also adds more variety to our kitchen.

Not only cuisine, but also the dining habits in Turkey vary historically and even regionally with regard to village, city, and settlements.  Despite all these differences in Turkish society, there are still common features in the rich culinary culture of Turkey. One can regard Turkish Tea & Coffee as one such commonality used as a sign of hospitality and often offered at the end of every meal.