Liberia and Ethiopia rank number 175 and 173 respectively in the UN Human Development Index, while Singapore stands at No.11. Where does Sri Lanka fit in this list, or does it matter? HDI is a summary measure for assessing long term progress in three basic dimensions of human development.

First, is Life expectancy – a long and healthy life Second, is access to Knowledge – the expected years of schooling and third, is the Standard of Living – measured by GNI (Gross National Income) or per capita income using purchasing power? 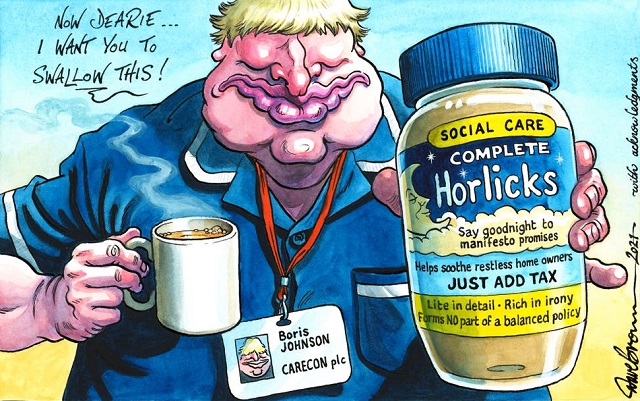 In short, it shouldn’t be a total surprise that human development is in one way or other related to our level of happiness or does it?

Economists David Blanchflower and Andrew Oswald started noting patterns in life satisfaction studies in the 1990s that contentment declines during adulthood and hits rock bottom in our 40’s before rising again.This dip according to them is due to the burdens of middle age: job stress, money worries and caring responsibilities.

Another idea is that as we age and time horizons get shorter, we tend to invest in the things that are most important to us – it is not money, but relationships. We have also heard of the saying, “it’s not what you know, but who you know, that matters?”

The idea that “money can’t buy you happiness,” has prevailed for many centuries. Even recent studies have showed that earning above what we needed to cover our basic needs and keep us “comfortable” was futile, and could even make us less happy, more as the pandemic couldn’t distinguish between rich or poor. It is debateable if Coronavirus did get rid of the well to do more than the poor, because of their lifestyle?

However, a contrary study published in 2021 by Matthew Killingworth of the University of Pennsylvania now suggests that the more money we have, the happier we are. It has to do with the state of the world after the pandemic, the inequality of income, besides the mental health of populations around the world.

It is the suggestion that rich people are able to spend their money on buying more free time and investing in rather novel experiences, than poor people who constantly buy “stuff” to boost their happiness or their “feel good factor,” but are depressed by their perceived status.

What the rich say and the poor listen?

What impacts us most comes from our relationships, job satisfaction, inner happiness and enjoying of life. But a Sri Lankan in London recently commented: “Don’t tell that to people in Sri Lanka as money in the bank with the exchange rate of UK Pound Sterling to the SL Rupee standing at Rs.330/- and rising makes them feel vulnerable, if not inferior and weak, to want the same standard of living as their neighbour”.

Relative deprivation and absolute, abject poverty both have a very deep impact over our happiness, or so it seems. There is the feeling that wealth instils a sense of freedom, a superiority complex. Does relative wealth makes us care less about other people’s problems or even other peoples’ feelings. We do notice people on lower incomes are more empathic to others, especially at crisis situations.

I have often wondered whether happiness and contentment psychologically cause good health or is it the other way round. After all, it could be that people who have robust immune systems, or have inbuilt higher levels of mood improvement brain chemicals within to create the necessary antibody to attack the viruses.

Researchers state that by leveraging algorithms and unorthodox data sources as well as developing tools using GPS data to track the spread of H1N1 influenza in Mexico, Ebola in the Democratic Republic of Congo, and malaria in Mozambique, as well as modelling human behaviour, scientists now are able to predict the spread of Corona virus.

The future of everything?

What will be the impact on our generation and future generations on our existing and finer systems of modern life? It might be a little difficult to feel that we have a grip on things. We have obligations to deal with in the here and now. Health, and wellness are both two sides of the same. The here and now in my opinion, is more important than what the future holds. Perhaps, it is a blinkered view from my perspective. Taxes, debt, public spending and mortality rates are all at or near us.