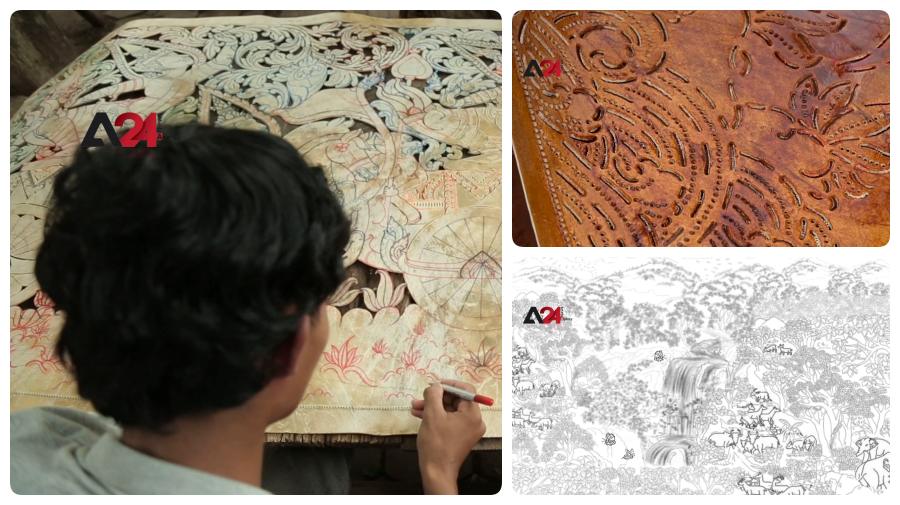 The young Cambodian man, Mr. Sorn Saran, transformed the country’s famous small shadow puppets sculpture into Cambodia’s first large-scale shadow sculpture, he incorporates ancient and modern art to describe the family life in Cambodia,  which took him about 900 hours of continuous work. Shadow puppetry is an ancient traditional art in Cambodia, with its roots dating back to the pre-Angkor eras of the 3rd, 4th, and 5th centuries. Artists use cowhide, tanned red, to make shadow puppets to retell ancient stories on a white screen illuminated from behind by burning coconut husks, producing shadows for the public to see. After the fall of the Khmer Empire in the early 15th century, the form of shadow theaters was adopted as a performance of art and is usually performed throughout the country for entertainment, while retaining its rituals.
Source-A24 News