The three-hour virtual talks on Nov 15 between the president of the People’s Republic of China, Xi Jinping and the president of the United States, Joe Biden, not only made history but also hold out lessons in diplomacy. The presidents did not negotiate. They talked. They helped thus to clear the air, though neither side budged an inch from its stated position on Taiwan. 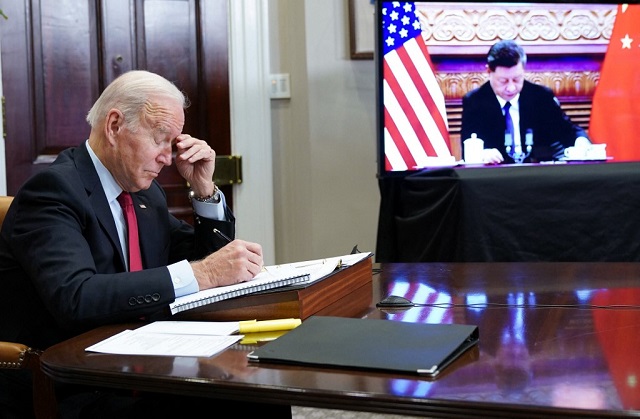 It bears recalling that one of Biden’s distant predecessors, president Harry Truman, refused even to talk to the leader of the Soviet Union, Josef Stalin, spurning the advice to the contrary by the wartime ally Winston Churchill. It was Truman’s secretary of state Dean Acheson who espoused the doctrine ‘negotiation from strength’.

Acheson told a US Senate committee in 1951: “What we must do is to create situations of strength; we must build strength; and if we create that strength then I think the whole situation in the world begins to change … With that change there comes a difference in the negotiating position of the various parties and out of that I should hope that there would be a willingness on the part of the Kremlin to recognise the facts … and to begin to solve at least some of the difficulties between East and West.” This was six years after the eruption of the Cold War. He failed.

As prime minister of India, Jawaharlal Nehru drew a sharp distinction between negotiations and talks, with fateful results. On Aug 14, 1962, he told parliament “There is a difference between negotiations and talks, a world of difference. One should always talk, whatever happens, whatever the position and whatever the chances. If I have the chance to talk I will talk to the Chinese. It is quite absurd not to talk … talking must be encouraged whenever possible. Negotiation is a very formal thing: it requires a very suitable background. It should not be taken up unless a suitable background comes … Talking is an entirely different thing.”

But, he added, “I think the present situation in the frontier is such that we cannot have any serious talks with the Chinese.” He was asked by a journalist: “Is it still the Indian stand that our frontiers are not negotiable?” “That is our stand,” he replied. “At the same time there is nothing that is not negotiable.” He explained further: “It seems to be contradictory. But there is no question of negotiation or bargaining about the matter (of the boundaries). But, it is a somewhat different matter in dealing with them in letters and talks. One cannot refuse to talk to another country.”

On another occasion, after the ceasefire with China in November 1962, he said, “We cannot have any kind of talks, even preliminary talks, unless we are satisfied that the condition we had laid down — about the 8 September position being restored by China — is met.” The MPs were confounded.

This is very much Prime Minister Narendra Modi’s stand on Pakistan today — no talks unless preconditions are met. This was not always India’s position.

In 1989, violence erupted in Kashmir and rose to a peak in 1990. Talks were held and they proved fruitful. Pakistan’s high commissioner in New Delhi had as its deputy high commissioner Shafqat Kakakhel, an outstandingly able diplomat and a valued friend. A Statement of Government of Pakistan on CBMs between Pakistan and India, which he had prepared, records how the ice was broken with fruitful results even in times of crisis. That fruitful dialogue was disrupted in 2014 when Modi & Co came to power.

Israel’s former foreign minister Abba Eban wrote of a disease that is known as “a passionate love affair with the status quo”. After its victory in the 1967 war, Israel has adamantly opposed negotiation on its withdrawal from occupied Palestinian lands.

Modern diplomacy has become more complex and has acquired various hues — the backchannel, coercive diplomacy and the like. But the fundamentals remain the same that existed in the clashes between Athens and Sparta. Coercive diplomacy cannot succeed unless persuasion is made an integral part of the process. The international community must use the lessons of centuries and engage with the Taliban government of Afghanistan — the sooner the better.

The world must profit by the experience of its dealings with the Bolshevik regime of the Soviet Union after the October Revolution. It went through a similar crisis when the People’s Republic of China was established in 1949. Indeed, the first Afghan Taliban regime was begging of the United States to hold negotiations till the very eve of America’s bombardment of Afghanistan ostensibly as a punishment for giving asylum to Osama bin Laden. As it has been said, we learn nothing from history.