China is very sensitive about the situation. In the case of China, the centralized thinking is far beyond the Soviet Union given the country’s Asiatic despotic history. China can be considered more ‘homogeneous,’ compared to the Soviet Union.

The first ‘communist’ system in the Soviet Union collapsed thirty years ago. On the Christmas day, Michael Gorbachev resigned and dissolved the Soviet Union! Cubasurvived, Vietnam survived, China survived and if we consider North Korea to be communist (!), it also survived, but all with considerable stress and strain.

The Eastern European ‘communist’ systems in Poland, East-Germany, Czechoslovakia, Hungary, Romania, Bulgaria, and Albania also collapsed, some even before the Soviet Union. It was like a ‘domino effect.’ Two years before, on 17 December 1989, when the ‘velvet revolution’ started in Czechoslovakia, I was there observing the situation. 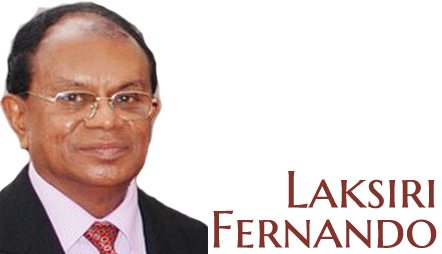 The absence of democracy and suppression of freedoms and human rights were the main reasons for these revolutions. People who rallied around the Wenceslas Square in Prague on the International Students’ Day chanted ‘Freedom, Freedom’ apart from other slogans that I couldn’t understand.

From Marxism or Leninism, the notion of the ‘dictatorship of the proletariat’ was the main reason that led to the corrupt, dictatorial, or authoritarian regimes in these countries. Strangely, the Soviet Union survived for 77 years but through suppressing and killing many (millions of) people who asked for freedoms and rights.

The ‘right to property’ of the people also was not allowed wrongfully equating it for capitalist exploitation, but politicians and bureaucrats could acquire wealth and power freely under the one-party systems.

The above are some reasons why some former Marxists or socialists increasingly leaned towards ‘socialdemocracy’ before and after these events. Today, given the conditions of the Covid-19 pandemic, environmental disasters under extreme capitalism, and growing economiccrises due to the collapse of neo-liberalism, there are possibilities of rejuvenating social democracy in Europe, Eastern Europe, Americas, Australia, and in Asian countries. Germany today has given a probable lead.

One premise of social democracy is and should be enlightened liberalism. Even for China social democracy might be the only way out in the forthcoming future. It is said that for the last 30 years, China has been studying what happened to the Soviet Union to prevent such a thing happening in China.

Have they succeeded? Or will they succeed? These are the questions one should ask at this stage in reminiscing what happened to the Soviet Union. My present quick article was prompted by similar questions raised by Rebecca Armitage in her article in the ABC Business, Australia,titled “China studied the collapse of the Soviet Union and learned three lessons to avoid a similar fate.”

What are these three lessons? (1) Embrace capitalism with Chinese characteristics. (2) Avoid Glasnost. (3) Watch the periphery.

By embracing capitalism, China has undoubtedly been able to develop the economy and uplift millions and millions of people out of poverty. Of course, Chinese people are thankful to the government for these achievements, particularly the older generation. However, it appears that the younger generations are different.

Because of these economic developments, income gaps have widened and a rich business class, with connections to the communist party, has emerged. Corruption is also a major ailment in China perhaps surpassing the Soviet Union before its collapse. China is also allowing big companies, including state companies, to exploit and cheat small and poor countries in Asia and Africa. Sri Lanka probably is one victim. These must be the Chinese characteristics of capitalism!

Many Chinese leaders consider Glasnost as the main reason for the Soviet collapse. This is a misreading for their convenience. The delay of Glasnost even in the Soviet Union was for the convenience of the leaders. People were in power particularly in the name of ‘one party, one class,’ conveniently went for secrecy and censorship.

At least ‘posteponny glasnost’ (gradual openness) should have started after Stalin or Khrushchev. China should learn that lesson, not the opposite. It is that opposite that China is now implementing in Hong Kong where there were freedoms and democracy before. This effort can easily boomerang on China.

Chinese leaders today strictly control the circulation of information in China. The state laws and technology are used for this purpose with a ‘Great Firewall.’ The Covid-19 pandemic is also used for this purpose. But there are loopholes. Many Chinese students studying in oversees universities pass some information. Even within the communist party, there are new low-ranking activists who are thirsty of information and freedom.

The leaders are obviously very jittery about the ‘West’ and more of their liberal values. Conspiracy theories are abundant. No doubt that the West, including Australia, is trying to pressure or influence China and the Chinese people both rightly and wrongly. Their undue pressure also can be a factor in the Chinese stubbornness.

The third consideration is the periphery. The Soviet Union proved Chinua Achebe’s proverb ‘things fall apart, center cannot hold.’ In the case of the Soviet Union or communism in Eastern Europe, the falling apart started three years before in 1989, from Poland, then Czechoslovakia, then Yugoslavia etc.

China is very sensitive about the situation. In the case of China, the centralized thinking is far beyond the Soviet Union given the country’s Asiatic despotic history. China can be considered more ‘homogeneous,’ compared to the Soviet Union. In the Soviet Union the diversity was enormous. But Tibet and Xinjiang are different. Taiwan and Hong Kong are more different in a different manner. This is disregarding differences between Cantonese and Mandarin speakers.

Can China avoid the Soviet’s fate? Rebecca Armitage also raised this question. But my answer may be different to her. She considered China to be already older to Soviet Union, counted from 1922. But counted from 1917, the system survived for 74 years with atrocities,and China is still 72.

That is not the important point. Like the Soviet Union, China at present is spending enormous amounts of money for arms race, space race, foreign operations, and for the maintenance of the bureaucracy.Although the living standards of the people did increase impressively during the last three decades, now they have come to a slow pace or in some regions to a stagnant position.

But still the people must work extremely hard to earn their living. Look at the Chinese who work in Sri Lanka for Chinese companies. Leisure and entertainment are luxuries. Could it be another form of exploitation by the leaders and the bureaucracy? Although peoplestill respect Xi Jinping, his lifelong Presidency is not something even some party members are appreciating.

Given the continuous and strict lockdowns under Covid-19 pandemic, people appear to be apprehensive in some regions. People in the mainland do not know much about Hong Kong. This is another reason for them to get more suspicious. China has a long history of peasant rebellions. Unless the communist party take a decision to make a course correction, the sleeping giant might rise internally.