Chief Minister has still around four  years left and should introspect carefully as to what has gone right and what has gone wrong during the last one year.

Not a day passes without a prominent  appearance of photographs and speeches of  the Tamil Nadu Chief Minister in visual   and print media published in Tamil Nadu.   It appears  from the  widespread  media reports that  the Tamil Nadu Chief Minister is everywhere in Tamil Nadu, visiting a family of narikurava to share breakfast, visiting a hospital to see a sick girl undergoing treatment, cycling on the road by way of physical exercise , releasing water from a dam and so on.  It appears that the Chief Minister is spending more time in public places than in the Secretariat. 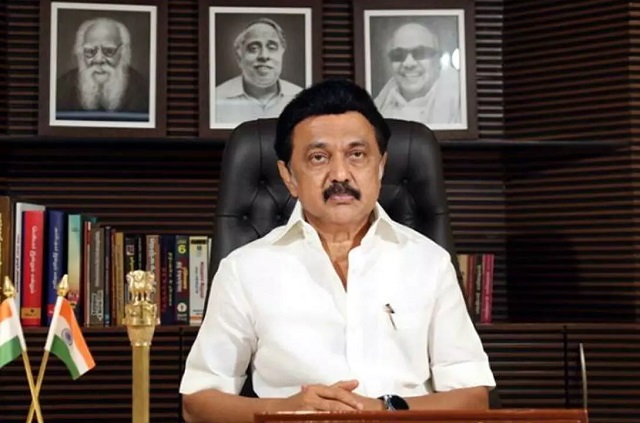 The print and visual media published in Tamil Nadu are extremely careful  not to state anything that would be critical of the Tamil Nadu Chief Minister or the state government, for whatever reasons.   While the coverage with regard to the activities of the Tamil Nadu government, ruling party and the political allies of the ruling party   are extensive in the media, the views of the opposition leaders get only scanty reference and only when it is inevitable.

Under the circumstances ,the public confidence in the media is declining rapidly and people are turning to social media to get the real news.

The Chief Minister frequently announces formation of committees , institution of awards, decisions on statues and memorials  etc.  and one gets an impression that   considerable time is spent  by him in identifying such   announcement opportunities.

Overall, viewing the media coverage and tall claims of the Chief Minister, any innocent person gets an impression  that everything is rosy in Tamil Nadu.  Whenever there is any issue confronting the state, Chief Minister simply writes letters to the central government , as if he has no responsibility in such matters concerning the state.

To cover  up the  grave  issues in Tamil Nadu , people’s attention  is sought to be diverted by speaking about non  issues repeatedly  such as NEET,  indulging in anti Hindi  rhetoric  and coinage of new terms as ondriya  arasu, dravidian model etc.    The concern of the Chief Minister about protecting the interest of the Tamil language is unnecessary, as  Tamil language remains well protected  and enriched by several scholars and poets in the past and present and does not really need  political support of the state government. There are some suspicions that Tamil language is used as a political tool  to popularize the government.

Apart from the above, the one issue that the Tamil Nadu Chief Minister focus  is on Hindu temples , where  several traditional religious practices are being  discredited , even while spreading  an impression that  the state government is concerned about protecting Hindu temples by recovering encroached land etc.

Hindu Gods are being systematically abused by some individuals  and they  go unpunished. Several Hindu institutions such as Ayodhya  mandapam have been targeted and   interference in  affairs of  temples like Nataraja temple in Chidambaram  are taking place.

The ground reality in  Tamil Nadu today is extremely disturbing over the last one year. The acts of murder , violence , corruption , rape including gang rape , spread of ganja habit amongst students and youth have become too frequent and many  people have started thinking that safety in public life is becoming a question mark  . Students wield lathis and knives openly and attack on the roads, murders are carried out in broad daylight in public view. The entire state was shocked when it was reported that  in the Theni collector’s office , one employee attacked another employee with a knife causing serious injuries in full view of others.

Obviously, the criminals have become bold  and  are not   fearing punishment. Such a situation has happened as a climate of violence is now sweeping the state , due to the ruling party men taking law into their own hands and political interference in police administration.  While police forces are getting a bad name , the fact is , it is not due to them but in spite of them.

There are grave issues on the ground which are unattended. For example, thousands of bags of paddy have been lost in the last few months in the delta region , as procurement of paddy by the government department is delayed. Paddy bags have been  drenched in rain due to want of storage space and corruption  in the procurement have driven several farmers to a state of distress.  In the firework factories in the  Sivakasi region,  several accidents and deaths have become too frequent and it is reported in the media as if it is a matter of routine.

Several  valuable projects in Tamil Nadu are  now stranded such as the Neutrino project, natural gas pipeline project from Kochi to Tamil Nadu and others. Sterlite copper unit in Tuticorin remains closed for more than four years with thousands of people losing jobs.  Several investigation agencies including Anna University have confirmed that there is no change in the environmental scenario in Tuticorin region after the closure of Sterlite Copper , which obviously means that Sterlite Copper has not been causing the pollution, as claimed by the motivated activists and environmentalists.

The Chief Minister  is frequently announcing new schemes  about industrial projects , which are not likely to see the light in the next few years and Memorandum of Understanding (MOUs) are being signed  worth hundreds of crores of rupees. The fact is that such MOUs are mere scrap of paper, unless they would   materialise which could be few and far between.

The finances of the Tamil Nadu government are in extremely bad shape with a total debt burden exceeding Rs. 7 lakh crore. Still, in the current  financial year, the state government is  borrowing Rs.90,000 crores , unconcerned about the huge debt burden. Tax collections are not significantly improving, government administration is not being toned up and corruption has become the order of the day at every level of administration. Still, the government is not reducing the expenses and wasteful expenditures are being incurred in constructing statues, parks etc.

While  several major promises  were made during the pre election campaign , they have not been kept.  However,  taxes are being increased such as property tax and so on. What is particularly surprising  is the unheard of practice that the property tax would be increased every year , whereas the objective of any government must be to optimise the performance , improve the tax collection and reduce the tax burden of the people.

Today , a lot of noise  is  being made by  the Tamil Nadu government on issues  that are really not of any economic value or even social value. Tall claims and  chauvinism cannot be a substitute for a good and progressive governance.

Chief Minister has still around four  years left and should introspect carefully as to what has gone right and what has gone wrong during the last one year. In the next four years, Chief Minister should utilize the opportunity  by providing positive governance , rooting out corruption, discouraging hate politics and giving up  confrontational approaches with the central government.