While world leaders and international organizations are eagerly awaiting for the chicken to hatch from the Taliban’s government, they have begun to implement the Islamic Sharia to govern the nation — a harsh interpretation of Islamic law.

The stakeholder countries, including China, Iran, Pakistan, Qatar, Russia, Turkey, and the United Arab Emirates, are pursuing the Taliban to form an inclusive government to unify the nation that has been riddled with civil strife, poverty, and hunger for several decades. 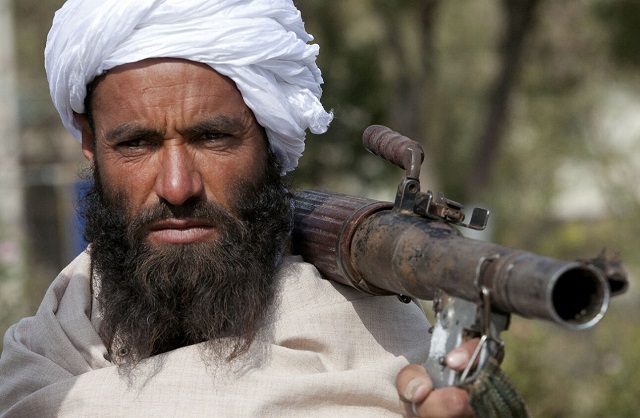 Qatar, UAE, and Turkey will be major partners in the operational management of Afghanistan, while China will be the development partner. The Taliban’s military partner — a well-known secret — is Pakistan.

Moments after the Taliban invasion of Kabul, they rechristened the country as an “Islamic Emirate of Afghanistan,” which overrides the Islamic Republic of Afghanistan stated by the American-backed government.

The Taliban has already pressed the “factory reset” button to return to the medieval age. The Taliban’s commanders and leaders have proved that the HG Wells book The Time Machine is now a reality. Unfortunately, the Taliban’s time machine will push an entire nation back to the 7th century.

The Islamists have won the war against the giant Americans and Nato forces — now they have to put their heads on the drawing board to govern Afghanistan. They also have to learn the best means to win public trust and confidence, which comes through ballots, not through bullets.

The crucial issue that lies ahead for the Taliban is way forward strategies in recovery from civil war, cash crunch, hunger, severe drought, and of course, poverty. The Taliban leaders have proven their ability in public diplomacy and handling the international media efficiently.

The mullahs have taken charge of a nation that relies heavily on international aid; amidst a cash crunch, that could spell disaster for the finance of the government. On the other hand, the local currency is losing value, while foreign reserves are held abroad and currently frozen.

The immediate challenge the Taliban will face is reviving the economy. Western nations are waiting to twist the arms of cleric leaders sitting in Kabul and Kandahar. The Taliban need to work out how to pay government employees and keep running crucial utility services and infrastructures such as water, power, and communications.

There is widespread suspicion among Afghans about how much the Taliban has really changed since the 1990s — especially among religious minorities and sects like Hazara, Hindus, Sikhs, and Christians, not to speak of the future of the LGBTQ community.

Afghanistan is one of the poorest nations in the world. After the Taliban were toppled in 2001, huge amounts of foreign aid flowed into the country. International assistance was more than 40% of the Afghan GDP in 2020. Most of it is now suspended, with no guarantees about the rest.

The other challenge is the critical shortage of skilled Afghans, including bureaucrats, bankers, doctors, engineers, professors, and university graduates, all terrified of life under the Islamists.

The United Nations has warned of a humanitarian crisis, with food stocks running low because of disruptions caused by conflict. With winter approaching and the drought still ongoing, the political scenario will dent the credibility of the Taliban among Afghans who have suffered pain, and agony in the civil war.

An Egyptian-French political scientist, Samir Amin, who died at the age of 86 three years ago, aptly said: “Never have the armies of the North (the West) brought peace, prosperity, or democracy to the peoples of the South (Asia, Africa, or Latin America).”

Saleem Samad is an independent journalist, media rights defender, recipient of Ashoka Fellowship and Hellman-Hammett Award. He could be reached at [email protected] Twitter @saleemsamad

Teachers summoned to CID over alleged threats to other teachers

Grace period of 24 months to pay outstanding electricity bills Dr. Jayaruwan Bandara seeks for 14 days to appear before CID28 persons at a funeral test positive for Covid-19Pahanthudawa clip uploaded by a female – Police