Known knowns are, if we do not  take intelligent measures, the virus will stay with us for some time and air travel will not return to “before times” unless the virus realises the futility of going on.

We seem to be living in a perpetual present ~ Patricia Treble

When it comes to a new year, we find ourselves  compelled to take the baggage of the old year with us along with the positives we have achieved, intertwined in  an unbridled optimism of hope. All this is swaddled in what Winston Churchill called Russia – which could well turn out to be our inheritance of 2022 (analogically speaking)  –“ a riddle wrapped in a mystery inside an enigma”.  Of course, Donald Rumsfeld has relieved us of this sage conundrum by reminding us that our reality is shrouded in   known knowns; those are things we know we know and known unknowns; that is to say we know there are some things we do not know, as well as  unknown unknowns—the ones we don’t know we don’t know.  We can do nothing about the last one. 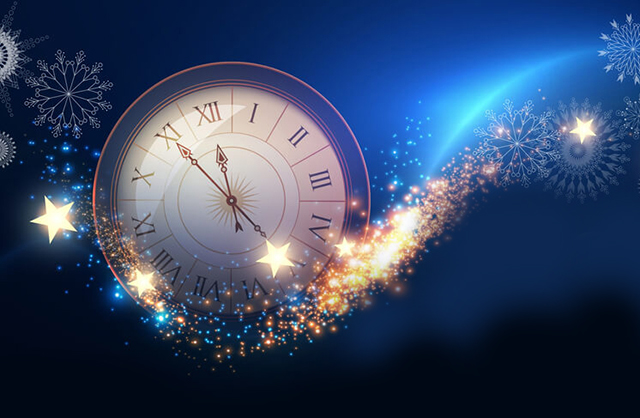 Known knowns are, if we do not  take intelligent measures, the virus will stay with us for some time and air travel will not return to “before times” unless the virus realises the futility of going on. Also, unless stupidity, imbecility, asininity, and lunacy descend collectively on our leaders, the Ukraine crisis between Russia on the one hand and United States, its allies, and partners on the other,  will remain an innocuous political “pissing match”  of threats going back and forth, and China will march on its current course undaunted and indifferent to the sanctimonious allegations of self-serving outcries of some, as well as genuine concerns of other well-intentioned puritans. Braggadocious and overbearing autocrats will continue their swagger around the world and  pompous international meetings and conferences will abound, regurgitating inane declarations which no one will heed.

As for the known unknowns, no one knows how the virus will behave, and its behaviour will depend on how we decide to behave with our altruism regarding vaccines around the world. For that matter, we do not know for how long the vaccines we have will keep us immune from the ravages of the virus.  No one knows whether a strategic military message will be misinterpreted leading to our own annihilation. No one knows whether the prophesies “written on the subway walls” as a popular song goes will come true. The internet is riven with such prognostications: the US dollar will crash; a prominent and powerful world leader will be assassinated; a huge hurricane will devastate a European country; artificial intelligence will have serious adverse effects on the human race; and there will be asteroids falling unexpectedly on Earth despite precision astronomical calculations which indicate the contrary.

In our intrepid wisdom and intuition, we can also have known “hunches”.  These carry with them a reasonable plausibility if not probability and can serve as scenarios for the year ahead. We could envision India overtaking China in the population race; there could be a new regime in Brazil after the elections; the Chinese Space Station will be completed; autocratic countries will tighten control over the press and the media; the rapid acceleration of the manufacture of electric cars  and charging systems will bring pressure to bear on electricity grids with possibilities of blackouts in communities and neighbourhoods; business air travel around the world will be reduced even more not so much because of trends in air travel but mainly because of smart and cost effective developments in connectivity; weather patterns will continue to be chaotic causing more heatwaves, floods and wildfires; and  popularity in entertainment could be on film sequels rather than original scores. Perhaps the most ominous “hunch” is that somewhere, sometime, a nuclear bomb could explode.

The Economist has come up with its own traditional short list which are a bit more than educated guesses and hunches.  The emergent trends that The Economist expounds also transcend the world of  plausibility, entering the realm of probability.  For instance, the journal predicts that China will take global leadership after its 20th Congress of the Communist Party election for leadership in November where President Xi will showcase China, and although President Biden may garner a slender lead in both Houses in the November Midterm election, Democracy will continue to wane. China’s continued rise will be boosted by the February Winter Olympics despite diplomatic hiccups with some nations.

Another prediction is on hybrid working which will increase in popularity where partial attendance at office will be an ineluctable trend despite the preference of full-time attendance of bosses for optimal attendance in the office.  Yet another concerns the space race between the United States and China where,  in the words of Senator Jerry Moran of Kansas, the top Republican on the Commerce Subcommittee on Space and Science: “We are in a race that we might win but it is certainly conceivable that China may advance in certain areas of space faster than we do…it is to our advantage to do everything to see that for at least the things we determine to be significantly important, we achieve as quickly as possible and hopefully before our adversaries do”.

The other dimension in the space race is the continuing jostling for supremacy by entities driven by billionaires on space tourism where commercialization of outer space activities will be a scenario worth considering in 2022.

Perhaps the  most interesting concept that attention will be focused on is on what is called “Metaverse” ( Facebook changed its name to Meta, it might be recalled) which is the next frontier of the Internet that would enable to actively engage with the world, opening it out more. Patrick Knox explains Metaverse well in The Sun: “It generally refers to shared virtual world environments which people can access via the internet. The term can refer to digital spaces which are made more lifelike by the use of virtual reality (VR) or augmented reality (AR). Some people also use the word metaverse to describe gaming worlds, in which users have a character that can walk around and interact with other players. There is also a specific type of metaverse which uses blockchain technology.  In these, users can buy virtual land and other digital assets using cryptocurrencies”.

To conclude, it is prudent to say that the most credible known known is that we’ll march on in 2022 with advances in technology whether it be in  hybrid work, business connectivity without physical travel  and the Metaverse and  other exponential triumphs in artificial intelligence. However, whether we can fix our critical existential issues – whether geo-politically or sustainable development –  is another matter.  As the Duke of Cambridge, Prince William is reported to have said to the BBC: “We need some of the world’s greatest brains and minds fixed on trying to repair this planet, not trying to find the next place to go and live.”

It is for all of us to take this advice of His Royal Highness beyond the most pressing issue that defines our times to other realms of our reasons for peaceful and intelligent  existence.

A HAPPY NEW YEAR TO ALL READERS.