A Report by the National Audit Office showed this week (first week December 2021) that 5.9 million, a tenth of the population of Britain, are now on an NHS Waiting List. As things stand the figure could hit 12 million by 2025.

None will want or need to question the Health Service in UK. It is generally an accepted tradition, a given part of life in the UK. It is also why many people cross into Britain, to get free health service. But do many know why the National Health Service (NHS) today has a very narrow focus? I am sure my readers would say to keep costs down, to provide the quality that is the hallmark of service. Rightly so, but there is a much deeper dimension? 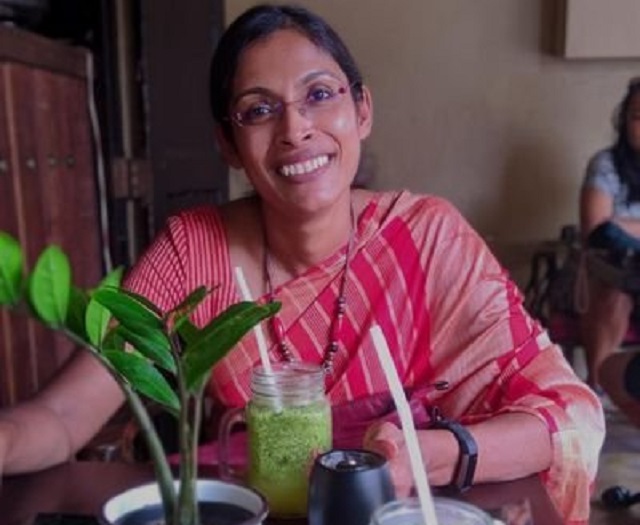 A Report by the National Audit Office showed this week (first week December 2021) that 5.9 million, a tenth of the population of Britain, are now on an NHS Waiting List. As things stand the figure could hit 12 million by 2025.

Another Report has showed around 50,000 people in UK have missed a Cancer diagnosis since first Lockdown in March 2020. Thousands more, perhaps a million or more are already facing delays and disruptions as they go through for NHS treatment, from their General Practitioners (GP’s) near their homes.

Doctors’ Unions have, however, recently struck a deal with the Government allowing GP’s to cancel annual Health Checks for those over 75, along with the monitoring of patients with known health pre-conditions, including Diabetes and Heart disease.

This is because the Government priority at the moment is for GP’s to focus on giving booster vaccines, which all this time others, including Nursing Staff, the trained Military officers performed at designated hospitals and other centres.

GP’s will not only get paid for the appointments they have cancelled, failed to carry out for one reason or another over the past 20 months. But, we now know that they will be paid £15 per dose of vaccine administered, or £20 for every jab given on a Sunday.

What it means is that GP’s who turn their patients away from their Surgeries from routine check-ups, from home visits, will be rewarded. They may get paid the annual fee, perhaps £225 to keep a patient signed on their Surgery records. I wanted to say, what a Bonus, what if each surgery had over 3500-5000 patients in their Practice?

GP’s are laughing all the way to the bank, for each of their practice surgeries. Imagine two or three Surgeries. No wonder, they retire early, complaining they are “burnt out” of churning money?

GP’s also have been privileged during Corona Virus Pandemic.They were precluded from opening “one to one” consultations with their patients However, they have now adhered to “Virtual Consultations” on the phone.

It is also known of GP’s who phone up their patients for consultations, and during these calls ask whether the patient is connected or has access to the Internet programme “Java” to monitor these consultations. My readers will appreciate “how many old age pensioners are familiar with Java, the capital of Indonesia, rather than a Computer Programme”? They

are then meticulously directed to contact their Urgent Medical Care at their nearest A & E Hospital.

How many of my readers are aware that visits to A & E can take a minimum of 5 to 6 hours wait to be seen by a Medic and how many more hours for treatment, besides a further minimum of 3-6 hours wait to call for Ambulatory Care Ambulance to take them home. Are not people in Sri Lanka or in any other country lucky to avoid this hassle by paying and see their Physicians?

Older patients suffering from conditions such as Diabetes, Alzheimer’s, Heart condition, or any Old Age medical condition are today left to worry in silence about their unmonitored health problems at their homes, if Doctor’s, G.P’s choose the more profitable option of giving Vaccine doses to younger and non-vulnerable and at risk patients, who face perhaps, minimal chance of being harmed or hospitalised by COVID-19 or its 5 other Alpha, Beta, Gamma, Delta or now Omicron variants.

UK Health Professional. Professor Sikorski has said the NHS has got their priorities wrong by focussing their full attention on the Omicron, COVID-19 variant, while hampering the early detection, routine checks of diseases like Cancer, Heart disease, the early detection of which we know to be key for high chances of survival.

Why prioritise the prevention rather than cure a disease?

The issue of prioritisation of Omicron has been challenged by Professor Neelika Malavige of the Dept., of Immunology and Molecular Science of Sri Jayawardenepura University, and an Oxford Scholar, who in her Twitter account states:” the race to decipher Omicron will take days, weeks or months”. The implied if not her suggestion is that 99.77 percent of people will recover from it and the neglect the prevention of more serious diseases is “unwarranted”?

What then could be the issue?

The whole episode is frightening, a nightmare of sorts? Could it be imagined, perhaps, as a distraction or rather a well thought out diversion attempt to “Cull the Old and the Feeble of Society”, who are past their Age, whilst they rest in sleep at night, We hear the sound of the Night Patrols of Medics and/or other “Night Doctors”, in towns and cities throughout the country? How many of you have heard of the “crafty, unscrupulous, unethical practice of the Orwellian torture” of the Old, the Aged, and the Critically Vulnerable, who are susceptible to injury by proxy. Cramps, leg muscle injuries whilst asleep is the name of this so called method of torture, which is alleged as the modern form of “Torture of the Innocents”.

No one has so far been able to decipher how this is done? But numerous complaints by the aged and the infirm have been in private circulation that they are disturbed in their sleep by leg muscle cramps. The modus operandi, is not to kill, or to maim, but as a tool of fear. No one speaks out against this torture also for fear of further “persecution” in fact,

unknown punishment. We can treat this torture as paranoia or discount it otherwise?

Talk about the prominent Chinese Tennis Star, 35 year old Peng Shuai’s recent disappearance after sexual assault allegations against a former Party Chinese Politician. This incident has been highlighted by Western Press, Sport has been an easy mode of accusation against Chinese politics but, the Chinese have hardly reciprocated by exposing the torture victims in the West, for want of proof, or rather as an internal matter?

Other distractions in the pipeline?

It is no secret that while all this “kalabala” is going on, under / over the radar, what is public knowledge is the “shenanigans” with the recent shuffle by Sir Kier Starmer of Shadow Opposition Party posts, inside the Parliamentary Labour Party, amounting to “constructive dismissal” of Ms. Angela Rayner, his originally chosen Deputy Leader, by not informing her of his reshuffle in advance. To make it obvious, the Labour Party Leader further went to suspend one of her aides, thus making Ms. Rayner’s position untenable.

Sir Keir Starmer, could hardly succeed because Ms. Rayner is a tough “cookie,” according to observers.

We in Sri Lanka think we have unsurmountable problems at home?

We often associate life in England as a “bowl of cherries” which many often crave?

It is quite understandable, as we often are groomed to think, “the grass is always greener on the other side?” until we see our problems in true perspective.

Will we ever grow up or are we mesmerised?

The priest who sexually molested children and sold videos overseas, arrested in Galle!