What worries India? India is worried that the referendum would open wounds of 1984 anti-Sikh riots. The riots resulted in genocide of thousands of Sikhs.

After several postponements, the “Punjab Referendum Commission has announced to hold the “Punjab Independence Referendum on October 31, 2021.  The Commission has been appointed by the US-based Khalistani separatist group Sikhs for Justice (SFJ). The Commission” consists of “non-aligned direct democracy experts” who are to organise and hold a referendum on whether Punjab should be independent. The referendum will start in London on October 31 and then take place in other countries, including the US, Canada, Australia, and the region of Punjab, the commission stated. 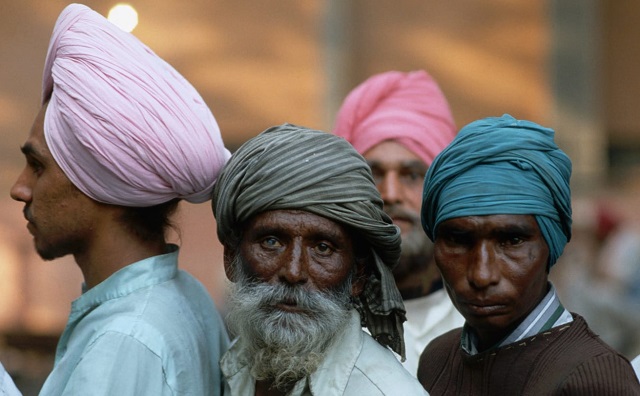 The Commission’ chairman M Dane Waters, clarified,‘Although a non-governmental and non-binding referendum, the result will be used as the basis for the Sikh community to request an official binding vote from the United Nations on establishing the Indian-governed region of Punjab as an independent homeland for the indigenous people of whom Sikhs are the single largest group’. India is irked by the date of referendum,  October 31, as on this date, anti-Sikh riots, following Indira Gandhi’s assassination by his body guards, erupted, leaving 3000 to 17000 Sikhs dead.

India fought tooth and nail to forestall the intended referendum. But, UK rejected the request.

What worries India? India is worried that the referendum would open wounds of 1984 anti-Sikh riots. The riots resulted in genocide of thousands of Sikhs. Not only the Congress Party leaders like Sajan Kumar and Jagadish Tytler but also police colluded with the killers on the rampage. India’s then foreign minister and later prime minister Manmohan Singh saidlamented , ‘If then home minister Narisamha Rao had paid to IK Gujarat’s suggestion to call in the army, the 1984 Sikh riots could have been avoided’.(1984 Sikh riots could have been avoided if Narrasimha Rao had listened to IK Gujaral: Manmohan Singh, India Today December 5, 2019).

Sikhs have a long history of fighting repression. In 1973, Akali Dal put forward the Anandpur Sahib Resolution to demand more autonomy to Punjab. Then ruling Congress rejected the resolution as being secessionist. Jarnail Singh Bhindranwale, a prominent Sikh leader of Damdami Taksal, then joined the Akali Dal to launch the Dharam Yudh Morcha (religious-war rampart)  1982 to implement the Anandpur Sahib resolution.

India decided (1 June 1984) to use armed forces to “to remove Bhindranwale and the armed militants from the Golden Temple complex. On 6 June Bhindranwale died in the operation. Indian prime minister Indira Gandhi killed

Four months after the operation, on 31 October 1984, Indira Gandhi was assassinated by her two Sikh bodyguards, Satwant Singh and Beant Singh. In the ensuing 1984 anti-Sikh riots, thousands of Sikhs were massacred. Not only the police but also Congress leaders aided and abetted the rioters. Voter’ lists were used to identify Sikhs.

Very few people were punished. Forty-nine were sentenced to the life imprisonment, and another three to more than 10 years’ imprisonment. The court acquitted Congress leader Sajjan Kumar. But, upon revision, he was sentenced to life imprisonment.  In the first ever case of capital punishment in the 1984 anti-Sikh riots case death sentence was awarded to Yashpal Singh convicted for murdering two persons, 24-year-old Hardev Singh and 26-year-old Avtar Singh, in Mahipal Pur area of Delhi on 1 November 1984. Additional Sessions Judge Ajay Pandey pronounced the Judgement on 20 November 34 years after the crime was committed. In March 2009, the CBI cleared Tytler amidst protests from Sikhs and the opposition parties.

Narula Committee and the Nanavati Commission.

The Nanavati Commission found cleared Rajiv Gandhi and other high -ranking Congress (I) party members of any involvement in organising riots against Sikhs.

At present the Sikhs are distraught by farmers’ prolonged protest and pettifoggery among political leaders. Still, the referendum may gain momentum in future.

Mr. Amjed Jaaved has been contributing free-lance for over five decades. His contributions have been published in the leading dailies and magazines (Modern Diplomacy, Global Village Space, etc.) at home and abroad.