Did the United States help the recovery of what is still the hemisphere’s second-poorest country? No.

After the U.S.-Russian summit in June, there was no apparent irony in President Biden’s response to a question about electoral interference. “Let’s get this straight,” he said. “How would it be if the United States were viewed by the rest of the world as interfering with the elections directly of other countries, and everybody knew it?” But of course much of the world does take this view; by one count the United States has intervened in no fewer than 81 elections between 1946 and 2000, many of them in Latin America. Biden’s question reveals a fundamental gap in U.S. foreign policymaking: Why do its leaders appear unable to judge how U.S. actions are seen by ordinary people in the countries they affect? 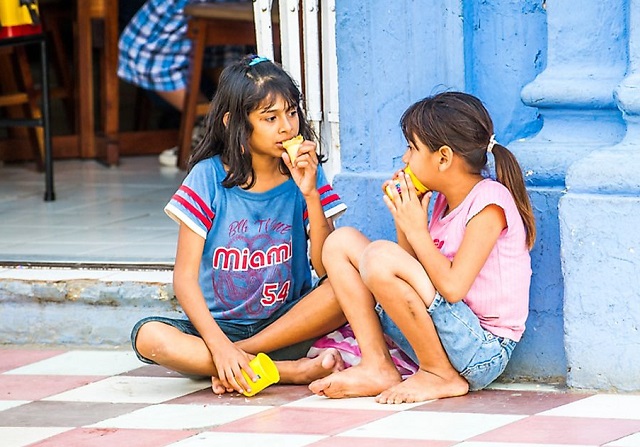 Let me try to fill this gap from the perspective of Nicaragua, a subject of U.S. intervention for more than a century. First, some history: According to Stephen Kinzer, the U.S. overthrow of Nicaragua’s elected President José Santos Zelaya in 1909 was the first example of U.S. regime change in mainland Latin America. It led to Marines occupying the country until 1933, when national hero Augusto Sandino threw them out. His assassination in 1934 led to 45 years of brutal dictatorship, in which the United States was complicit. The Sandinista revolution brought this to an end in 1979, but then Ronald Reagan sponsored the “Contra” forces whose atrocities, combined with a U.S. blockade, led to President Daniel Ortega’s narrow defeat for re-election in 1990.

When Ortega was later re-elected in 2007, interference resumed under the banner of “promoting democracy.” As William Robinson has pointed out, in practice this means destabilizing measures that include sanctions, international media and propaganda campaigns, paramilitary actions, covert operations and much more. Writing in 2018 in Global Americans about recent U.S. involvement in Nicaragua, Benjamin Waddell bluntly described it as “laying the groundwork for insurrection.”

In 2018, according to the U.S. State Department, “the people of Nicaragua rose up peacefully to call for change.” But for most Nicaraguans, even those opposed to the government, the attempted coup that began that April was anything but peaceful. It closed down the economy for three months and destroyed the country’s previous security. Living in one of the cities most affected, Masaya, I had firsthand experience of the destruction: friends’ houses burned down, shops ransacked, public buildings destroyed, and armed groups threatening anyone who appeared to be a government supporter. Two friends who were defending the municipal depot when it was looted were kidnapped and tortured, one so badly that his arm had to be amputated.

Attempts at dialogue failed, but peace was restored in July 2018 when police and volunteers moved in to clear the roadblocks guarded by criminal elements that had brought cities to a standstill. Although characterized as state-sponsored violence by human rights bodies, these actions—in which police were instructed to minimize casualties—were greeted by most people with relief. Hundreds of arrests were made, but 493 people found guilty of the violence were released in a conditional amnesty in June 2019.

The government began a huge construction program, investing in roads, schools, hospitals and housing, both to stimulate the economy and to promote a sense of normality. Once again, the country became one of the safest in Latin America. Then, in 2020, further disasters hit: COVID-19 in March and two major hurricanes in November. While the economy was hit yet again, the damage was contained: Nicaragua had one of the lowest falls in GDP in Latin America last year.

Did the United States help the recovery of what is still the hemisphere’s second-poorest country? No. Out of $88 million in cash and other aid sent to Central American countries to tackle COVID-19, Nicaragua’s government received nothing. Nicaragua is also one of the few Latin American countries to have received no U.S. vaccine donations so far. Instead, U.S. sanctions deterred international bodies like the World Bank from investing in the country until they restarted in response to the pandemic. But this does not mean that the United States has stopped directing money toward Nicaragua. After regime-change efforts in 2018 failed, the United States has intensified them in the buildup to the coming elections in November 2021. For example, a $2 million program called RAIN (“Responsive Assistance in Nicaragua”) aims to achieve “an orderly transition” from the current Ortega government to one “committed to the rule of law, civil liberties, and a free civil society.”

Frankly, such actions are likely to have little impact on the election result. With three months to go, opinion polls show consistent support for the Ortega government (in mid-July, 62.8 percent of those intending to vote) compared with the opposition (22.8 percent). Polls also show that the events of 2018 and recent U.S. intervention are fresh in people’s minds, and that they want no return to violent conflict, reject foreign interference and prioritize restoring economic growth over other issues.

This is why recent arrests of opposition activists, although receiving plenty of attention internationally, are regarded with indifference by many Nicaraguans with whom I’ve spoken, or are even welcomed. Many of those detained, including former Sandinistas like Dora María Téllez who organized the Masaya roadblocks, are linked to the 2018 violence; several traveled to the United States pleading tougher sanctions against their own country; one, journalist Miguel Mora, called for the Ortega family to be kidnapped and hosted radio programs on how best to assassinate them.

People also ask why, if the United States has its own laws against foreign interference in elections, and has arrested 535 people accused of attacking the Capitol in January 2021, it objects to Nicaragua taking similar action against those receiving foreign money or trying to overthrow the state. Coincidentally, while the European Union has followed the U.S. example in applying sanctions, it is also planning Europe-wide legislation to limit foreign influence in elections covering much the same issues as Nicaragua’s new laws.

Here are some more facts that should weigh in U.S. foreign policy. Nicaragua is open to U.S. markets: it has more U.S. trade than any other country in the region and hosts U.S. companies like Cargill, Walmart and others. Its stability and security mean that it sends the United States few migrants, while Honduras, El Salvador and Guatemala have sent more than 2 million migrants to the U.S. since 2014. The region struggles to handle the current pandemic, but the University of Washington’s Institute for Health Metrics and Evaluation says that Nicaragua has the lowest death rate in the Americas, with least stress on its hospital system. Denied U.S. help, it has not turned to China for vaccines, like El Salvador, but keeps strong links with U.S. ally Taiwan. In the U.S. courts, Honduras is described as a narcostate, its government officials allegedly facilitating cocaine processing and shipping to the U.S. In contrast, Nicaragua is more effective than its neighbors in deterring drug shipments from South America. The United States rails against alleged Nicaraguan human rights abuses but largely ignores the terrible human rights record of the “northern triangle” countries.

At a meeting with Central American foreign ministers in June 2021, Antony Blinken urged governments “to work to improve the lives of people in our countries in real, concrete ways.” Arguably, Nicaragua is a regional leader in this respect. Nicaragua’s foreign minister, in a bilateral meeting with Blinken, called for a “friendly, respectful and equal relationship between sovereign states.” The United States should respond by offering the hand of friendship. It should drop sanctions, cease its efforts to “promote democracy” and reconsider why it took so long to consider sending Nicaragua a share of the vaccines that it has given to the rest of Latin America.

This article was produced in partnership by the Center for Economic and Policy Research and Economy for All, a project of the Independent Media Institute.

John Perry is a writer based in Nicaragua and writes on Central America for the Nation, the London Review of Books, openDemocracy, the Council on Hemispheric Affairs, and other outlets.