The Taliban must know the world is watching its actions. We are concerned about reports regarding the Taliban’s brutal treatment of all Afghans, especially women and girls.

Women’s rights in Afghanistan have been varied throughout history. Women officially gained equality under the 1964 constitution. However, these rights were taken away in the 1990s through different temporary rulers, such as, the Taliban during the civil war. Especially during the latter’s rule, women had very little to no freedom, specifically in terms of civil liberties. 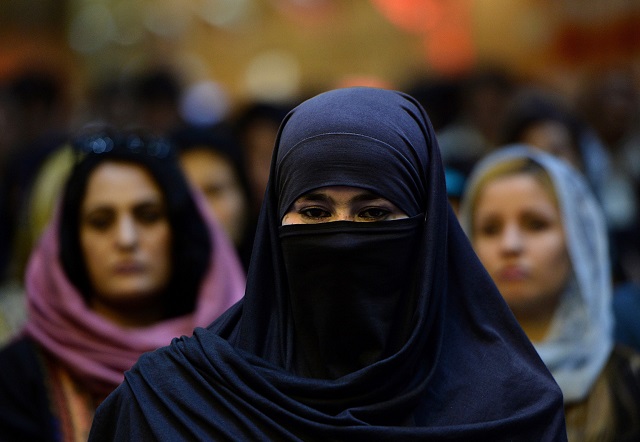 Ever since the Taliban regime was removed following the so-called September 11 attacks in the United States, women’s rights have gradually improved under the Islamic Republic of Afghanistan and women are once again de jure equal to men under the 2004 constitution, which was largely based on that from 1964.However, their rights are still complicated by a reactionary view on women by certain classes of school, particularly realties, which continue to cause international concern. When the Taliban took control of most of Afghanistan again in 2021, concern about the future for women in the country increased.

The takeover of Afghanistan by the Taliban has undoubtedly put women’s lives in danger and threatened their human rights in new ways.

The threat of violence has long been a harsh reality for many Afghan women: a survey showed that 90% of women in some areas of the country have experienced violence from their husband. Women who manage to leave their abusive partners and families frequently experience further abuse from those who we may think of as trustworthy, including the police, doctors and government officials.

While safe houses for women did exist before the Taliban takeover – mostly in Kabul – these shelters were already perceived as shameful and immoral by many in Afghan society. For a survivour of violence living in a safe house, leaving for any reason is dangerous and requires a bodyguard, even to go to the doctor.

In most other countries, women who have survived violence are protected by government institutions, but this has never been the case in Afghanistan.

A woman in full burqa, anonymised, makes hand signs against a blank wall. Women who suffer domestic violence in Afghanistan are not provided with shelter by the government.

Reading and analysing women’s stories of violence from Afghanistan is one of the hardest things. These are not like stories of violence anywhere else in the world. They are brutal and the women involved are nearly always blamed. Most women have no choice, but to stay with their husbands, and are beaten or abused if they ask for help. Other women, including mothers-in-law, are also often involved in perpetuating the violence.

So, the inequalities exist between Afghan women and the men in their lives.

The men we spoke to are also acutely aware of the inequalities between men and women. But Afghan men often perceive women as needing men’s protection and guidance. “Teaching women” through the use of violence is described by some men as a means of keeping women safe or ensuring that they do not dishonour themselves (or their families). Not all men agree with these arguments, though, and several speak out against the use of violence against women for any reason. As in all countries, ideas about gender inequalities are a point of discussion, with arguments on both sides.

Four decades of armed conflict have magnified many of the inequalities women live with on a daily basis in Afghanistan. During the US occupation, it was found the role of international actors in supporting the mujahidin, fundamentalist warlords who had themselves been war criminals and perpetrators of sexual violence. Under the Afghanistan government, these same warlords will become ministers, governors and members of parliament.

War has a way of emphasising gender inequalities. Many women talk about the Taliban, and how fathers and brothers were killed or exploited by the conflict. This was often the tipping point for their lives – without these men to protect them; these women were often married to violent or abusive men because there was no one with enough power to care for their interests.

How the war had affected the mental health of everyone in Afghanistan and how they thought this had led to more violence in the home. One man even asked why we were asking about women, when men had been so severely affected by the war.

Under the Taliban, Afghan women’s stories will be lost – deliberately hidden to protect them from those who would do them harm. This is already happening.

Meanwhile America’s Vassal State – the UK government is publicly claiming that the “overwhelming majority” of eligible people have been evacuated. Yet talented, highly-educated women researchers – are still trapped in Afghanistan. UK help lines have been down or un-responsive, and only 5,000 people will be offered resettlement in the UK over the next year, as it is learnt.

Thus Women’s voices are in danger of being silenced in Afghanistan with the return of the Taliban.

As time passes, we must not turn our back on these women’s stories both before and after the Taliban came into power. The US intervention in Afghanistan has had severe consequences for women’s lives, many of them negative. Conflict and poverty have contributed to underage marriages, and fed a drug trade that further perpetuates domestic violence.

Afghanistan is proof of just how fast their human rights can be stripped away and their lives erased. We must continue to listen to what Afghan women have to say, no matter what happens!

For Afghan women, the waiting pains are more agonizing.

The last time the Taliban held power, in the late ’90s and early 2000s, repression was a feature of their rule. This was especially true for women. Girls could not attend school; women could not hold jobs or leave their homes without a male relative accompanying them. Those who defied the Taliban’s directives and their fundamentalist interpretation of Islam were punished, often brutally, with floggings or beatings.

The US invasion of Afghanistan after the 9/11 attacks put the Taliban’s worldview under scrutiny. The war became about more than terrorism; things like the expansion of women’s rights became embedded within the US mission there. In November 2001, first lady Laura Bush said the Taliban’s retreat meant “the people of Afghanistan, especially women, are rejoicing.” In 2010, Secretary of State Hillary Clinton told a group of female Afghan ministers: “We will not abandon you; we will stand with you always.” But this was a false promise!

Twenty years later, the United States has departed and as it executed those plans, those earlier justifications fell away. President Joe Biden has said, in the military drawdown, that the US objective in Afghanistan was to defeat terrorism there. He said last week, “the idea that we’re able to deal with the rights of women around the world by military force is not rational” whereas the US administration itself is an international terrorist.

The uncertainty facing Afghan women comes after 20 years of US intervention — which itself followed decades of foreign intervention by the Soviet Union and others — where women’s rights were packaged as another justification for the war in Afghanistan. The gains were real, if uneven and often tenuous, undermined by the insecurity that the decades-long conflict brought.

But women’s rights got inserted into the rallying cry for war regardless of whether Afghan women wanted them, and at times, they became a cause célèbre. “The fight against terrorism is also a fight for the rights and dignity of women,” a foulard Laura Bush said in November 2001, a few weeks after the US invaded Afghanistan following the 9/11 attacks.

The Taliban must know the world is watching its actions. We are concerned about reports regarding the Taliban’s brutal treatment of all Afghans, especially women and girls.

A small group of Afghan women protested near the presidential palace in Kabul a day after women in the western Afghan city of Herat took to the streets in daring public demonstrations against Taliban restrictions on their right to work and seek education.

Around 20 women with microphones gathered in the heart of Kabul recently under the watchful eyes of Taliban gunmen, who allowed the demonstration to proceed. The protest in the Afghan capital was the second women’s protest in as many days, with the other held in Afghanistan’s largest western city, Herat.

Gathering near the presidential palace, the women demanded access to education, the right to return to work and a role in governing the country. “Freedom is our motto. It makes us proud,” read one of their signs.

The writer is an independent political analyst who writes on politics, political and human-centred figures, current and international affairs.