US President Biden and other West European leaders have come to the conclusion that the war in Afghanistan have become too costly for them and it would be prudent to withdraw , inspite of the  setback to the global fight against terrorism.

The decision of the USA / NATO forces to withdraw from Afghanistan is a definite incentive for the Islamic terrorists and extremists to continue their offensive moves around the world. By withdrawing the forces, USA and other NATO countries have virtually conceded their defeat against acts of terrorism in a decisive manner.  If the USA and other NATO partners think that they would not be affected by Taliban terrorists taking over Afghanistan, this would be a naïve view . 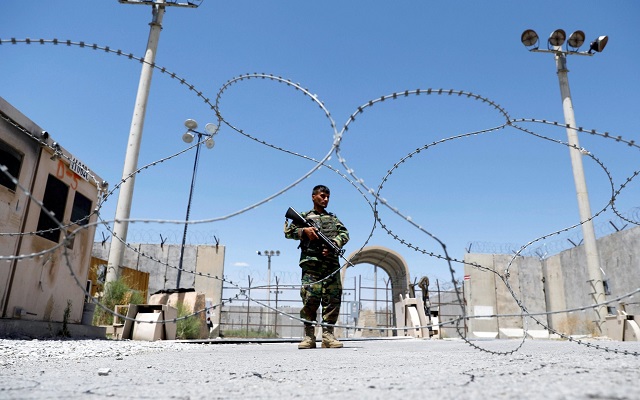 It is well known that the real target of Islamic terrorists is  the USA and West European countries . Now  that these countries have boosted the confidence of the terrorists by running away from the battle in Afghanistan, the determination of the Islamic terrorists to weaken the western nations and spread their influence around the world will become much more  stronger. They would further increase the intensity of terrorist acts  and seriously disrupt the peaceful conditions in several countries .

Obviously, US President Biden and other West European leaders have come to the conclusion that the war in Afghanistan have become too costly for them and it would be prudent to withdraw , inspite of the  setback to the global fight against terrorism.

Perhaps, some section of the people in the USA and Western Europe question  as to why they should take responsibility for checking the  spread of terrorists  across the world.   They would realize that their thought process is flawed , if they understand that they   themselves would be the  victims of the acts of terrorism in the coming years,  if global terrorism would  be left unchecked.

Already the demographic balance in several West European nations and in Canada and even in countries like Australia have been seriously disrupted due to the massive entry of  muslim population as migrants and refugees , of which some could be terrorist outfits.  It is well known that Islamic extremists believe that they can “take over” Europe and North America by rapidly increasing  the muslim population in these countries. Past US Presidents realized this and tried to stop the flow of immigrants but  the present US President Biden seems to have other ideas. Several people in European countries realize their folly of allowing unchecked flow of muslims as migrants and refugees   but it is too late now and the damage has already been done.

Apart from the Islamic extremists , the immediate gainer of the US and NATO forces withdrawing from Afghanistan would be China, which is always ready to fish in  troubled waters. China may not be concerned about the spread of terrorism  in  one part of the world or the other,  if China could convert the situation to it’s advantage  by self centred clever strategies.

Certainly, the image of USA and West European countries  as strong nations with uncompromising commitment  to the cause of democracy and freedom have been weakened.  In this situation, China’s ambition to emerge as super power in the world would be strengthened  in the coming years.  China may even succeed in attaining this status before long , if US President Biden would give up or dilute the  fight against terrorist outfits.

With Pakistan now being reduced to the level of extended territory of China for all practical purposes, China would cleverly use the Pakistan government to enter Afghanistan by  negotiating with the Taliban terrorists  and would bring Afghanistan under it’s control

India would be a major  sufferer due to the weakening stance of USA  and West European countries against terrorism , since India is also an important target for Islamic terrorists ,  just as USA and West European nations  are.

India is facing  serious  threat due to the likely  unholy axis between China, Pakistan and Taliban led Afghanistan, as they all have the  common aim of weakening India and disrupting the peace in the country.

In short, President Biden seems to have reacted without adequate forward planning  and with a sense of panic by withdrawing from Afghanistan and giving a free hand to the Taliban terrorists there.

In the past, the USA had bitter experiences in Vietnam and Korea when it sent it’s troops to fight against the local forces, in the name of fighting for peace and democracy.  U S virtually gained nothing in the process.