As Immanuel Kant said every human being is an end and not a means.  This philosophy is based on a sense of duty to human dignity and that the duty should be performed with kindness.

Be kind, for everyone you meet is fighting a harder battle. ― Plato 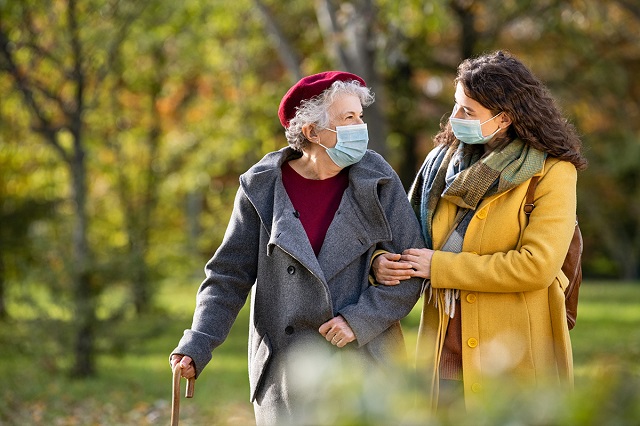 The same newspaper makes some useful practical suggestions for each of us individuals to celebrate and respect World Kindness Day: send a motivating text to your friend or family member; go out of the way to make someone smile; talk to a friend or family member you haven’t spoken to in a long time; give someone a genuine compliment; surprise your neighbor with some freshly cooked snacks or meal; write recommendation for your friend on LinkedIn; treat your dog or cat buddies in an animal shelter; be a good listener; be kind to yourself and take a day off.

All this is good stuff.  But being burdened with a legal education, I am reminded of the maxim Expressio Unius est exclusion alterus which I learned when mucking up  the subject Interpretation of Statutes.  This Latin phrase literally means “express mention of one thing excludes all others”.  Looking at the nomenclature of “World Kindness Day” one cannot be held deficient of an intellectual vacancy in wondering whether this means “kindness to the world” or kindness among individuals wherever one might be  in the world, particularly when “World Environment Day” relates to  environment of the world and “World Autism Day” means consideration of autism as a disability affecting the world, without relegating the term to the ignominy of banality in relations between one another.

Of course, individual kindness should be a valid consideration and the aforementioned laudable acts suggested by Hindustan Times should be followed by the word “regularly”.  This is what would make us decent human beings who could get on well with the serious business of living.  But it goes further in irony and beyond global hypocrisy. For instance, as I write, the world is plagued by the helpless plight of the immigrant/refugee.  On the border between  Poland and Belarus, there are thousands of immigrants (whether legal or immigrant it matters not) – all humans who deserve human dignity according to Article 15 of the Universal Declaration of Human Rights which says if they are frightened of being badly treated in their own country, they all have the right to run away to another country to be safe; and Article 5 which says that  nobody has any right to hurt them or to torture them. Above all Article 22 of the Declaration says that they  have the right to a home, to have enough money to live on and medical help if they are ill. They should all be allowed to enjoy music, art, craft, sport and to make use of their skills.

World Socialist Website reports: “[T]housands of refugees, including women and small children, are trapped without food, drink or medical care in the forests and swamps of Belarus’ border region. Many do not even have tents and blankets and are exposed to the freezing cold and rain. At least ten have died so far. The mayor of a town near the border estimated the true death toll at 70 to 200. Refugees have repeatedly reported discovering corpses in the forest or in rivers”.  CNN says similarly: “Polish authorities said seven migrants have been found dead on Poland’s side of the border, with reports of more deaths in Belarus.

Humanitarian groups also accuse Poland’s ruling nationalists of violating the international right to asylum by pushing migrants back into Belarus instead of accepting their applications for protection. Poland says its actions are legal”.

In another part of the world, as reported in the CIPHER Report: “Thousands of refugees encountered harrowing conditions as they streamed across Turkey and toward Greece, only to be met by fierce resistance from Greek border authorities. Greece has suspended asylum claims at its borders. In one highly disturbing video circulating on social media, Greek coast guard members are seen firing shots at a makeshift rubber dinghy as it bobs slowly in the Aegean Sea, teeming with desperate refugees, including young children. Residents of the Greek island of Lesbos gathered near the shore to shout at refugees and urge them to turn around, yelling ‘go away’ and making derogatory remarks. A journalist covering the events was assaulted by an angry mob, pummeled and stomped as he lay writhing on the ground”.

In yet another corner, as Asia Times says: “The Rohingya have been subjected to persecution, discrimination and torture for decades in Myanmar. In 2017, almost a million of them had to leave their homeland because of fierce human-rights abuses. Consequently, Bangladesh welcomed them. However, three years down the line, the Rohingya are still suffering, still not able to speak up for their rights and still marginalized”.

These re just three stories of many and I wouldn’t even mention those in Afghanistan.

As Immanuel Kant said every human being is an end and not a means.  This philosophy is based on a sense of duty to human dignity and that the duty should be performed with kindness.  This is what made Adolf Eichmann’s assertion before the Nuremberg Court tenuous – that he did everything with a sense of duty. Kant also said that one should judge a person not on how they acted when times were good, or when they felt like being kind or caring and that the true measure of kindness in a person was in how they behaved when they didn’t want to, and when there was nothing to be personally gained for them.

One wonders how Nelson Mandela – the epitome of Kant’s ideal and Nietzsche’s Uber mensch – would have treated refugees or immigrants in today’s context. It has been said of Mandela: “Mandela was an amazing leader and example of love, forgiveness, and kindness and one of the things that made him so remarkable is that upon his release in 1990, not only did he not express anger, or hatred towards his jailers, he actually befriended them. In fact, he invited one of them to attend his 1994 presidential inauguration and to the 20th anniversary celebration of his release from prison. Both James Gregory, and Cristo Brand, Mandela’s jailers spoke of the deep respect they had for this man. Brand went from being pro-apartheid as a young man to someone who stood with Mandela against racial segregation, and oppression”.

This is beyond sending messages of motivation or baking cookies. So much for World Kindness Day.