Excerpts from the book by author’s latest book, Unthinkable: Trauma, Truth, and the Trials of American Democracy published by Harper Collins

I realized, through it all, that in the midst of winter, there was, within me, an invincible summer. —ALBERT CAMUS

In the week between December 31, 2020, and January 6, 2021, my family suffered two impossible traumas: the shattering death by suicide of my beloved twenty-five-year-old son, Tommy, and the violent mob insurrection at the U.S. Capitol that left several people dead, more than 140 Capitol and Metropolitan Police officers wounded and injured, hundreds of people (including several in our family) fleeing for their lives, and the nation shaken to its core. Although Tommy’s death and the January 6 insurrection were cosmically distinct and independent events, they were thoroughly intertwined in my experience and my psyche. I will probably spend the rest of my life trying to disentangle and understand them to restore coherence to the world they ravaged.

Each of these traumas was itself the product of an underlying crisis. Tommy’s death by suicide followed a merciless advance of mental illness that seized and ultimately controlled the dazzling mind and pure heart of this brilliant and empathetic young man. Like millions of other young Americans, he grew despondent during the COVID-19 pandemic, which left him vulnerable to the darkest impulses created by his illness. Similarly, before the attempted coup of January 6 destroyed our fundamental expectations about the peaceful transfer of power in America, the norms of our constitutional democracy had already been overrun by years of political propaganda, social media disinformation, racist violence, conspiracy theorizing, and authoritarian demagoguery. 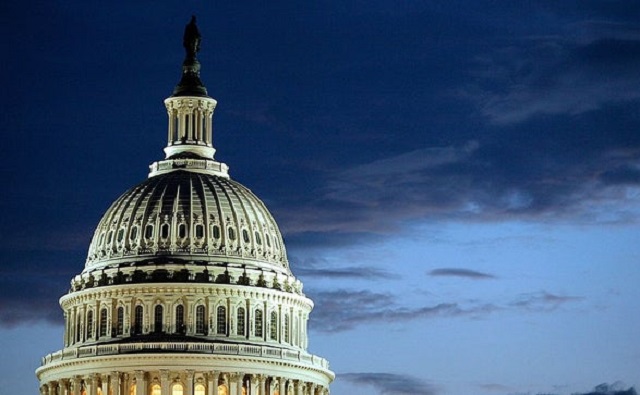 When these underlying crises turned into the private and public traumas of suicide and violent insurrection, they demolished all the core assumptions I carried around with me each day—that my children would be healthy and alive, that they would let Sarah and me know if they needed anything, that no political party or power elite would try to overthrow our constitutional democracy, that the country would continue to successfully grow beyond its historic baseline of violent white supremacy and a racial caste system.

I was devastated and crushed by these traumatic events.

And yet, you will find that this is not a story of unyielding despair and destruction.

On the contrary, at a moment of impenetrable darkness, the lowest point I have ever experienced—a time when I went for days without sleeping or eating a real meal—the Speaker of the House of Representatives, Nancy Pelosi, threw me a lifeline: acting on astounding faith and something like political clairvoyance, she offered me an invitation that was akin to a challenge, a dare to rise up from my despondency and to bring others along with me. On the day before we voted in the House of Representatives to impeach Donald Trump, when it was clear the votes were there, she asked me to be the lead impeachment manager, to organize and lead the team of House members we would send over to the U.S. Senate to prosecute Trump for inciting violent insurrection against Congress on January 6. It was the hardest thing I have ever been asked to do professionally, at the most difficult time I have ever experienced personally, but the assignment became, paradoxically, a salvation and sustenance for me, a pathway back to the land of the living and a fountain of hope that renewed and strengthened my radical faith in democracy, the system of beliefs and practices that upholds the equal rights of the individual and demands that we all work together to take care of our common inheritance.

Speaker Pelosi’s invitation forced me to draw upon the deepest springs of meaning and clarity I have in life: the love of my three children and my wife, Sarah; the wisdom of my late parents; Tommy’s remarkable political values; the strength of my siblings; the dreams and fears of my childhood; the insight of my teachers and creativity of my students; the inextinguishable resiliency and solidarity of my Maryland constituents; the genius of my political and academic colleagues; the vision of my mentors and boundless generosity of my friends; the amazing constancy of my staff; and the moral courage of my fellow citizens past and present. These things inspired me to make a case not just against a savagely corrupt president, but for American constitutional democracy itself.

In American history there have been just four presidential impeachment trials in the U.S. Senate—of President Andrew Johnson, of President Bill Clinton, and of President Donald Trump in 2020 (for pressuring a foreign leader to interfere in our presidential election) and then again in 2021 (for inciting a violent insurrection against Congress to block and overthrow the counting of Electoral College votes). The bipartisan votes to impeach and convict Donald Trump in 2021 (a vote of 232–197 to impeach in the House and of 57–43 to convict in the Senate) marked the most sweeping bipartisan votes against a president for committing high crimes and misdemeanors in the history of the United States. The House impeachment vote on January 13, 2021, and the Senate trial, which ended a month later, on February 13, 2021, together constituted an episode of passionate democratic lucidity and a sweeping rejection of violent authoritarianism.

But, ultimately, this is not a book about Donald Trump. Quite the opposite. It is about the kind of people whose dreams and actions have allowed us to survive Donald Trump and his sinister incitement of racism and hatred among Americans who feel displaced and threatened by the uprooting of America’s racial caste system. Within these pages, you will find citizen activists, public servants, and seriously engaged political leaders, people who are democratic heroes and constitutional patriots of different political parties. You will find young moral visionaries like Tommy Raskin and change agents like his remarkable sisters, Tabitha and Hannah, and their mom, Sarah, whom I met long ago in a Constitutional Law class taught by Laurence Tribe, another luminous hero of my book. You will find great democratic freedom fighters like Bob Moses, Frederick Douglass, Abraham Lincoln, Marcus Raskin, Judith Shklar, Michael Anderson, Timothy Snyder, Jim Clyburn, and Julian Bond; all the fine impeachment managers; and so many other colleagues. You’ll find brave officers Harry Dunn, Michael Fanone, Eugene Goodman, Daniel Hodges, Aquilino Gonell, and all the other men and women in blue who risked and sometimes gave life and limb in the bitter, protracted, hand-to-hand “trial by combat” (as Rudy Giuliani eagerly described what was to come a few hours before it happened) at the Capitol; the fearless at-large representative from Wyoming, Liz Cheney, an uncompromising partisan of the Constitution; our stunningly compassionate president, Joe Biden; and of course, the indomitable Nancy Pelosi, whose patriotic love for our country and our people is a force of nature that future generations of Americans will marvel at and celebrate long after we are all gone.

These democratic heroes, people who rise up to resist and oppose tyrants and fortify their communities against them, are not “larger-than-life figures,” as Donald Trump is always described—an expression that makes me think of the gargantuan, distorted cartoon characters bouncing around Disney World. Tyrants tell stories only about themselves because history for them begins and ends with their own insatiable appetites. But my own story of despair and survival depends entirely on other people, above all the good and compassionate people, the ones like my son Tommy, the non-narcissists, the feisty, life-size human beings who hate bullying and fascism naturally—people just the right size for a democracy in which each person has one vote and one voice, where we are all “created equal” and thus given an equal chance to lead a life of decency and integrity.

I have learned that trauma can steal everything from you that is most precious and rip joy right out of your life. But, paradoxically, it can also make you stronger and wiser, and connect you more deeply to other people than you ever imagined by enabling you to touch their misfortunes and integrate their losses and pain with your own.

If a person can grow through unthinkable trauma and loss, perhaps a nation may, too.

If you are one of millions of Americans who have suffered, in these hard days of plague, violence, and climate emergency, a trauma and rupture like the ones we have experienced in our family, I bid you and your family deep healing and recovery for the battles ahead. I hope you will find in these pages some grounds for personal solace and revival.

But the truth is that all Americans have been shaken by the interlocking dysfunctions and disorders of our times. If we can be honest about the causes and culprits, if we can recapture the spirit of American pragmatism, then we will find ways to redeem the vast promise of our country against the dangerous lies and fantasies holding us back. We can renew. We can rebuild.

Congressman Jamie Raskin has proudly represented Maryland’s 8th Congressional District in the U.S. House of Representatives since 2017. Prior to his time in Congress, Raskin was a three-term State Senator in Maryland and the Senate Majority Whip. He was also a professor of constitutional law at American University’s Washington College of Law for more than 25 years. He has authored several books, including the Washington Post bestseller Overruling Democracy: The Supreme Court versus the American People and the highly acclaimed We the Students: Supreme Court Cases For and About America’s Students. Congressman Raskin is a graduate of Harvard College and Harvard Law School and a former Editor of the Harvard Law Review. He and his wife Sarah live in Takoma Park.